The work of the cartographer leaves little room for creativity as maps are required to represent the location accurately. For several decades, however, cartographers working for the Swiss Federal Survey of Survey have quietly challenged their role by secretly inserting hidden illustrations into official maps of Switzerland.

From a marmot lurking among the contours of the Swiss Alps, to a fish merging with the grooves of a French nature reserve, it's hard to believe that these designs have gone unnoticed for years.

You may have heard that Switzerland has a data center located in an old military bunker. This is almost the most secure data center in the world, and its location has remained classified information for many years. It just wasn't visible on the maps of Switzerland. Which, by the way, are very detailed.

For decades, cartographers have hidden small pictures on official topographic maps of Switzerland. They tried to outsmart one of the world's strictest mapping organizations to leave a memory of themselves.

The three dimensions familiar to geographers, longitude, latitude and height, are used in all topographic maps. The "fourth dimension", or time, can be seen on the Swisstopo website (Swiss Federal Bureau of Topography). In Time Travel, you can see the 175-year cartographic history of the country with an interval of 5-10 years. For two minutes Switzerland is drawn with increasing precision. Fuzzy ink borders take on precision, the map gets new shades of color, and in 2016 the serifs disappear.

It is quite interesting to observe how the territory of the country changes over time, to notice small historical events and refinements of the landscape. Gradually, railway stations and airports appear, and the gunpowder factory, which operated in the post-war period, on the contrary, disappears.

But in some parts of the map (especially those that are far from the center of the country) you can suddenly see a spider, a man's face, or even a naked woman. These barely visible images are not a mistake or an accident, but an Easter egg from the cartographer. After all, the illustration specially created on the map in the most impudent way tramples on the basic mission of Swisstopo: the recreation of reality. All maps published by the bureau are rigorously checked for inaccuracies and errors. Therefore, the presence of an "illegal" drawing on the map means that the cartographer has outsmarted his colleagues.

However, despite the fact that the scientist who did this openly violated the internal rules of the organization, not one of those who left Easter eggs on the cards was fired. Largely because most of the drawings were discovered long after the employee left. Moreover, many cartographers try to time the publication of their drawing at the time of retirement. They enjoy themselves like that.

The most recent drawing (it was a marmot) was discovered in 2016. And, of course, it was removed from more recent maps. After all, according to a Swisstopo representative, "Creativity has no place on these cards."

There were always mistakes on the maps

Note that map errors (accidental and deliberate) are not uncommon. This was the case in the 17th century when California suddenly became an island. And the battle of Waterloo was lost by Napoleon largely due to an inaccurate map depicting a non-existent road, and a strategically important place, the Mont Saint-Jean farm, was in a completely different direction.

Or another example: you've probably heard more than once that the military censors maps, turning secret objects into a blurry spot or otherwise transforming it on the map. And cartographers often make small mistakes on purpose in order to catch potential copyright infringers.

In general, cartographers are meticulous people striving for maximum accuracy. Their professional lives usually focus on a postage stamp-sized piece of map. To maintain this level of concentration without becoming disgusted with work, scientists are looking for something that can take their work outside of the usual routine. And the emergence of hidden message-pictures is the result of such a search. 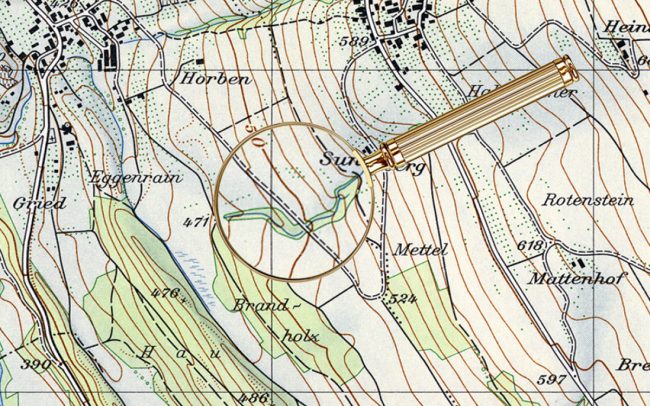 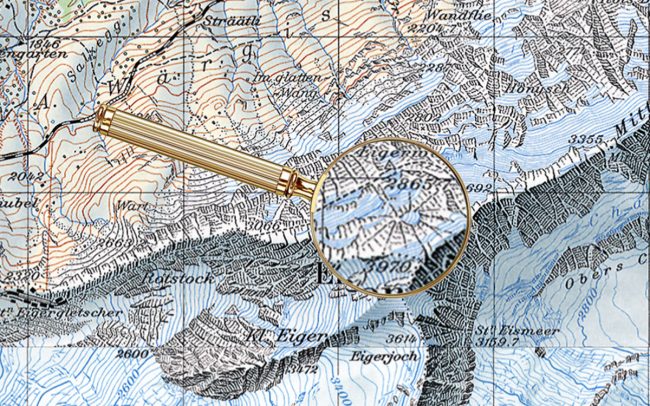 Some Easter eggs went unnoticed for quite some time. For example, a schematic representation of a naked woman has been on maps for almost 60 years. He could be seen in the north of Switzerland, in the commune of Egg. This light sketch, combining the green of the countryside and the blue line of the river, appeared in 1958. And they discovered the message only in 2012.

In 1980, a spider was painted on the Eiger. It turned out from an ice cap on the mountain and thin legs-borders. Over the next ten years, these legs were gradually removed from the maps until the spider disappeared completely. It was around this time that another cartographer hid freshwater fish in a French nature reserve along the Swiss border. The fish lived in the blue circle of the swampy lake until 1989, when Swisstopo removed it for good.

In general, it is extremely surprising that such drawings can be left on the map, because they are repeatedly checked and read. Moreover, Swiss cartographers have a reputation for being extremely ardent in topographic rigor. They even had for seven years almost a "war of cartographers" that began in the 1920s due to the fact that national maps from the point of view of the Swiss Alpine Club were not sufficiently detailed. Unsurprisingly, Swisstopo's work is now considered the industry benchmark.

It is believed that Easter eggs are created at a time when the maps have already been approved, but cartographers are asked to make final corrections. It was also easier to make them when the maps were obtained by overlaying separate layers of different colors. Scientists could combine different topographic elements (as we said, the woman consisted of a blue line over a green background). There is also a suspicion that cartographers may have placed their drawings in the four corners of the map, but such an example has not (yet) been found.

Interestingly, some of the drawings recreate local legends. For example, on the 1980 map near the city of Interlaken, you can see a triangular cartoon face hiding between trees. Initially, there were only stones, which, with a certain amount of fantasy, resembled eyes and mouth. The cartographers completed the rest. According to local legend, this is a monk who was turned to stone as punishment for persecuting a young girl. 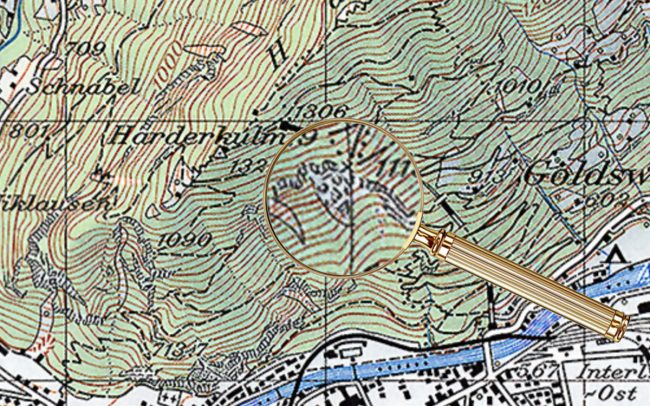 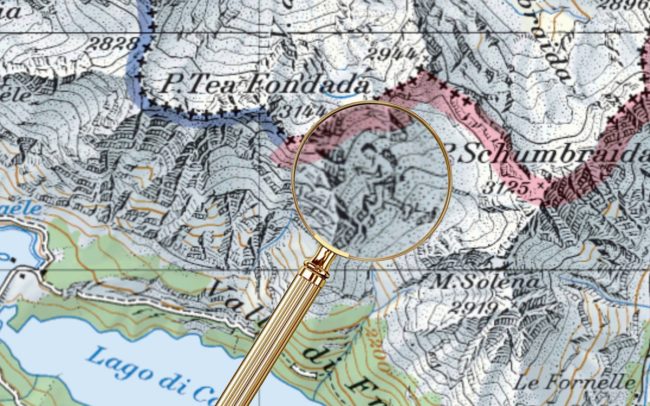 In the late 1990s, a climber appeared on the map. This image carried a secret message. It covered an area in the Italian Alps where the Swiss lacked information from the Italian Geographic Services. And it was decided to fill such a topographic spot in a very extraordinary way.

Another discovered image, which was mentioned just above, is a marmot, which is hiding in the Swiss Alps. Its plump shape was hidden in subtle relief shading above the glacier, which protected the Easter egg from detection for almost five years. Mountain strokes, short parallel lines that indicate the angle and orientation of the slope, form its fur. The marmot is almost indistinguishable from the surrounding landscape, so well it was entered on the map. Moreover, it is quite appropriate here from the point of view of zoology. Alpine marmots are comfortable at high altitudes, and take shelter in rocks when it is time for hibernation.

The drawings of the fish and the marmot were quite tolerated, they quickly became something of an unofficial national feature. However, the fate of Easter eggs is sad: by the decision of the head of the cartography bureau, they will be removed from fresh topographic maps. However, no one knows by whom and when the next funny drawing will be found, carefully hidden by the cartographer. Perhaps you will succeed? Moreover, in addition to Switzerland, there are many other countries with well-developed maps. And individual enthusiasts are looking for all kinds of Easter eggs on Google Maps.