How is the sky map created?

The map of the night starry sky is absolutely realistic. This is how the stars were located in this city and at this time.

Our maps are an electronic version of the Planisphere from astronomy. Planisphere is a star diagram of analog computing instruments in the form of two adjustable discs that rotate on a common axis. It can display visible stars from a specific location at any given time. 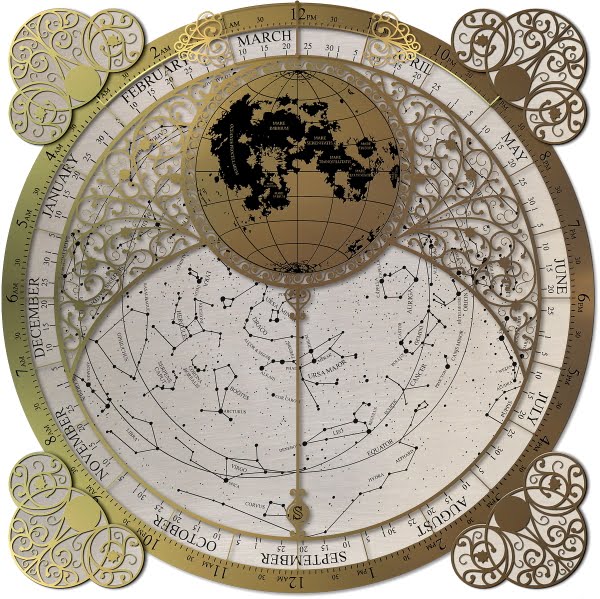 Our maps are built from thousands of stars. Along with the stars, our software builds the most famous constellations in our galaxy. All map elements are constructed with the highest known scientific accuracy. We use a catalog of bright stars and other astronomical databases for our celestial data, which contains the coordinates and brightness of every known star in the galactic system.

In order to make each map unique, we take the Yale catalog of bright stars - this is a catalog of stars that can be seen with the naked eye in an ideal sky, that is, having a magnitude (brightness) of 6.5m or brighter.

Using the parameters of the stars from the catalog, we calculate their position on the celestial sphere. Using the given coordinates, observation time and other parameters, we determine the currently visible stars, and translate them from a spherical coordinate system to a plane.

Thus, a realistic map of the night starry sky is obtained.

While we try to display the map as close as possible to what it should be, it is important to understand that the resulting display has some degree of printing tolerance.

The system generates your star map and inserts the resulting calculation into the design that you already see on the site.

This is how we “photograph” the stars at the same time and in the same city, so that you remember that very important moment :)

Ready-made map posters and atlases of the starry sky